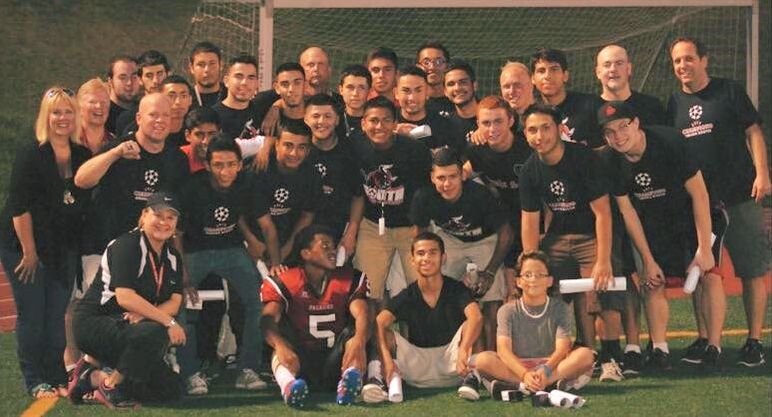 In 2013 the Omaha South Varsity Boys Soccer Team ended the South High 23 year all sport State Championship drought by defeating rival Creighton Prep 1-0 at Morrison Stadium in front of a record crowd of 8,200 people.  This attendance record still holds for all levels of soccer in the State of Nebraska to this day.  Jose Marquez scored the winning goal following a pass from Bryan Bustamante with a little under 5 minutes left in the game to seal the victory. Statistically, there has never been another team in Nebraska better than South 2013.  The Packers never trailed a game and scored a Class A state record of 133 goals. Maybe more impressive than that, was the defensive strength of this bunch.  They still hold the State record of 20 shutouts and another record of only 3 goals allowed during an entire season.

The 2013 team is regarded as the best high school team ever assembled in the state of Nebraska as well as the most dominant sport team to ever represent South High.  This team finished the record setting season with 23 wins and 0 losses, beating nationally rated Creighton Prep 3 times during the campaign.  Not only did the team win the Nebraska State Championship, but finished the year ranked #1 in the Nation by Top Drawer Soccer.  This is the only soccer team out of Nebraska to ever be named the National Champion.

Post season player honors:
Following the 2013 incredible run, the team was invited to the Governor’s Mansion for lunch where Governor Heineman declared May 28th “Omaha South Packers Soccer Day”.  Along with that, Mayor Suttle attended a South High Pep Rally to present the team with the key to the city as well as to proclaim May 14th as “South High Packers Men’s Soccer State Championship Day”.  At the same pep rally the Mexican Consulate showed up and presented the team with a certificated of recognition.  One year later, the team was featured in an article written in Sports Illustrated.  Looking back in history South soccer has had many great teams over the last decade or better, but none will have impacted the school, the South Omaha community or the surrounding soccer communities the way this one did.  2013 South Boys Soccer will always be the team that officially established Omaha South as being one of the great soccer powers in Nebraska.
BACK TO COMPLETE INDUCTEE LIST